Finally a wiff of Fall in the air

Finally the early mornings have a tint of coolness.  Soon we'll have deep blue skies and we'll be turning off the AC!  I can't wait to open the windows again!  It's been a HOT summer and we've developed a new grilling routine that we'll be perfecting for many summers to come!

Low and Slow Sundays (link to 2 min video) has already become a summer tradition at Tom and Bev's house, and I think always will be.  Between the pool, the keg and his mojo grill, it's about as good as it gets!  We learned to do pork butts (shoulders) on his honking gas grill. 6-8 hours of grilling on a Sunday is a nice way to spend the day.

Last weekend was the first Sunday we grilled over 400 all summer!  You can't imagine weeks of rendering from butts and wings that had built up on Tom's GrillGrates (link to pictures).  But I digress.

We grilled steaks while the girls were away, school has started, and TAILGATING season is here! I think our tailgating will consist mostly of game day home grills at Tommy Boy's hang!  I keep telling him he's running out of time to get a flat screen in there!

I have fond memories of big time tailgates at the 'old' NY Giants Stadium in New Jersey.  Now WEBER has a tailgating pavilion set up at the 'new' Giants stadium.  Grilling is a great business and it's tailgating season!  Here's a sneak peak to some great tailgate recipes. 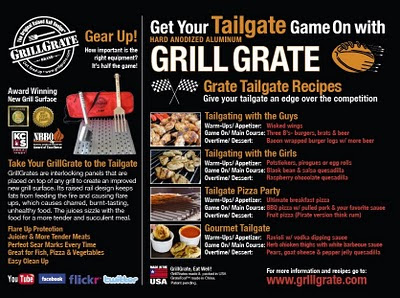 Great to see them fly off!

Three generations involved in helping our daughter get herself to Austin to begin law school.  We've had her and Will's college apartments stuffed into our living room and dining room all summer; and thats on top of all my GrillGrate stuff!  Last week our son drove to Mojave CA in record time to start a new job.   Two move-outs in two weeks.  All three kids in the SW now.  Guess we'll be traveling more.

Saying goodbye to our middle one is always tearful and still is!  They're almost to Austin as I type and and I've got a big house to get cleaned before Mama Bear gets home on Sunday! 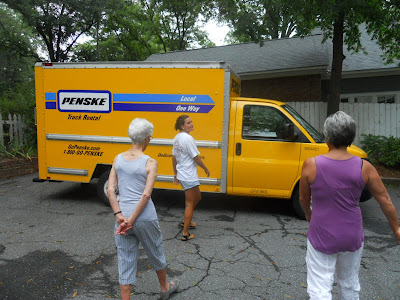 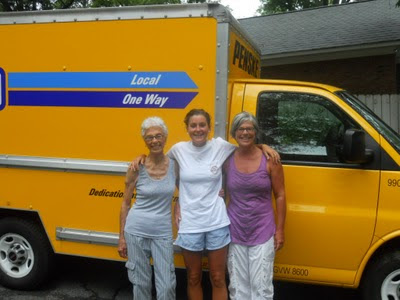 It has been two weeks since I've blogged. I think I will post a trip report!  There was some grate grilling involved to be sure!   We squeezed in a family vacation before all this moving out stuff...
Posted by Unknown at 9:53 AM 1 comment: